Learn all about varifocal lenses

If you’ve been considering trying varifocals (or are just curious), this article is for you. Here we explain everything about varifocal lenses, including how they were first developed, the different types, and the pros of cons to using this lens.

Varifocal lenses provide continuous vision for all distances in a single lens, and correct presbyopia.

The first patent for varifocal lenses (which are technically called Progressive Power Lenses - or PPL) was created in the early-20th century. However, it wasn’t until 1955 that they were made commercially available by Irving Ripps at Younger Optical, who developed the ‘Younger Seamless Bifocal’. As the name suggests, they were based on a bifocal lens and had a basic design. 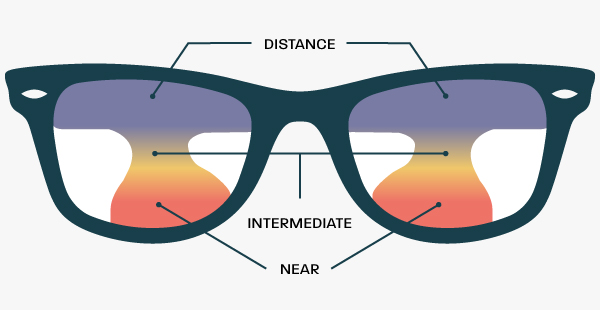 Modern varifocals can be described as having three ‘portions’ of vision within a single lens:

As a result, they have an element of peripheral distortion, which is completely normal due to their design. Higher-quality varifocals manage the distortion better by moving it towards the edge of the lens and providing a greater field of vision and ease of use for wearers.

Basic varifocal designs are often described as ‘one size fits all’ as they are made under the assumption that a prescription is only spherical. This means that it can be difficult for people with stronger prescriptions to adapt to basic varifocals, especially those with high astigmatism. However, modern ‘freeform’ lens designs offer a much better, more ‘tailored’ experience thanks to a computer-aided design and digital manufacturing process.

As there are numerous lens design options out there, choosing the best varifocal lens can be a difficult decision. We currently offer 4 types: 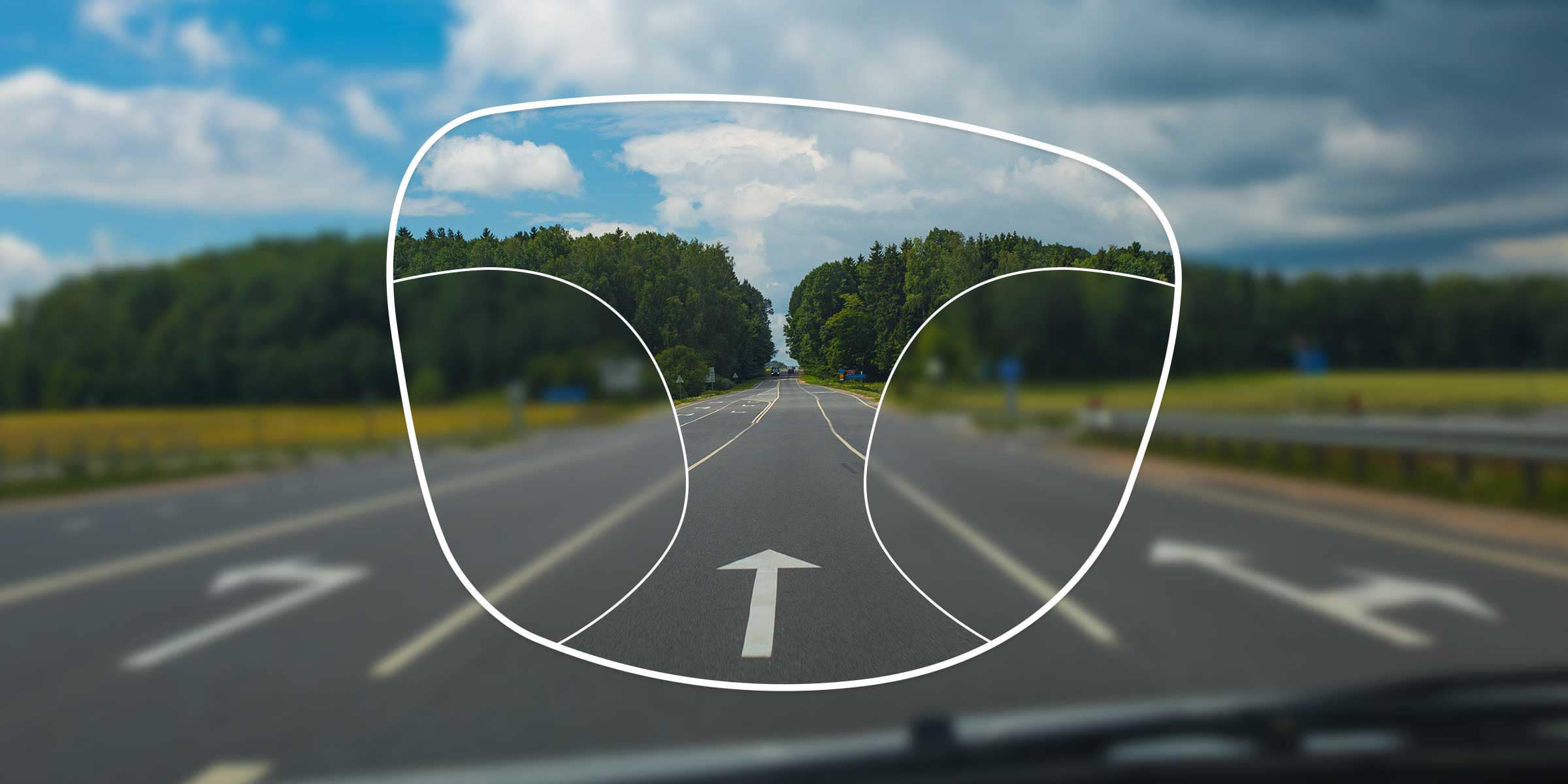 Our entry-level varifocal lenses use a modern Freeform lens design that provides excellent performance for long distance vision alongside a large reading area. 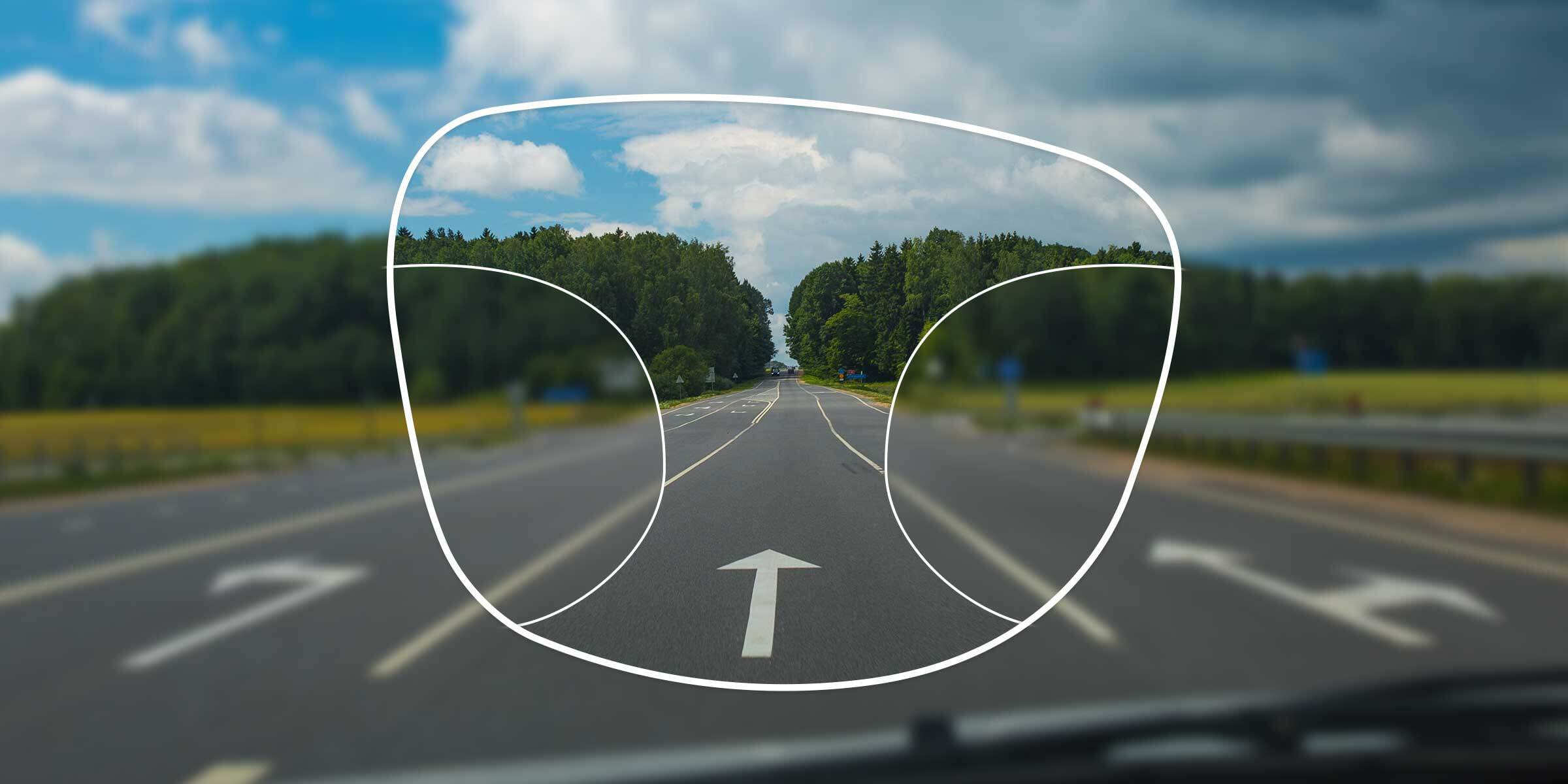 Elite HD enhance your field of vision at reading and intermediate distances by 30% when compared to our Advanced lenses.

Multi-aspheric freeform lens technology reduces distortion at the lens edge, while binocular balancing calculations are used to create a smooth power transition throughout the lens. 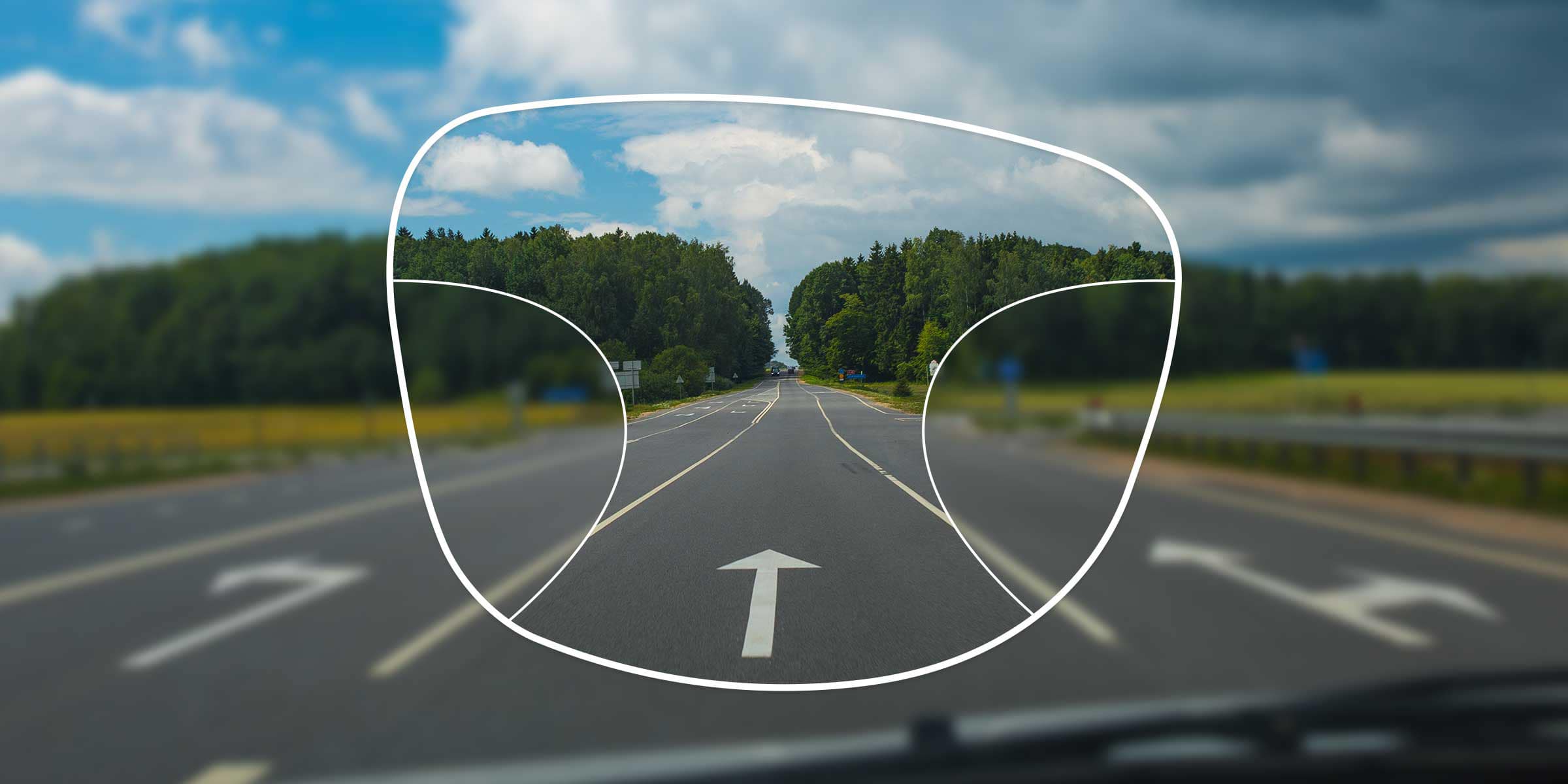 Supreme varifocal lenses use cutting-edge Digital Ray-Path technology to improve reading and intermediate field of vision by 20% when compared to our Elite HD lenses.

They are easy to adapt to, reduce unwanted aberrations, and excel at desk, tablet and reading distances. Supreme HD are recommended for new and existing varifocal wearers. 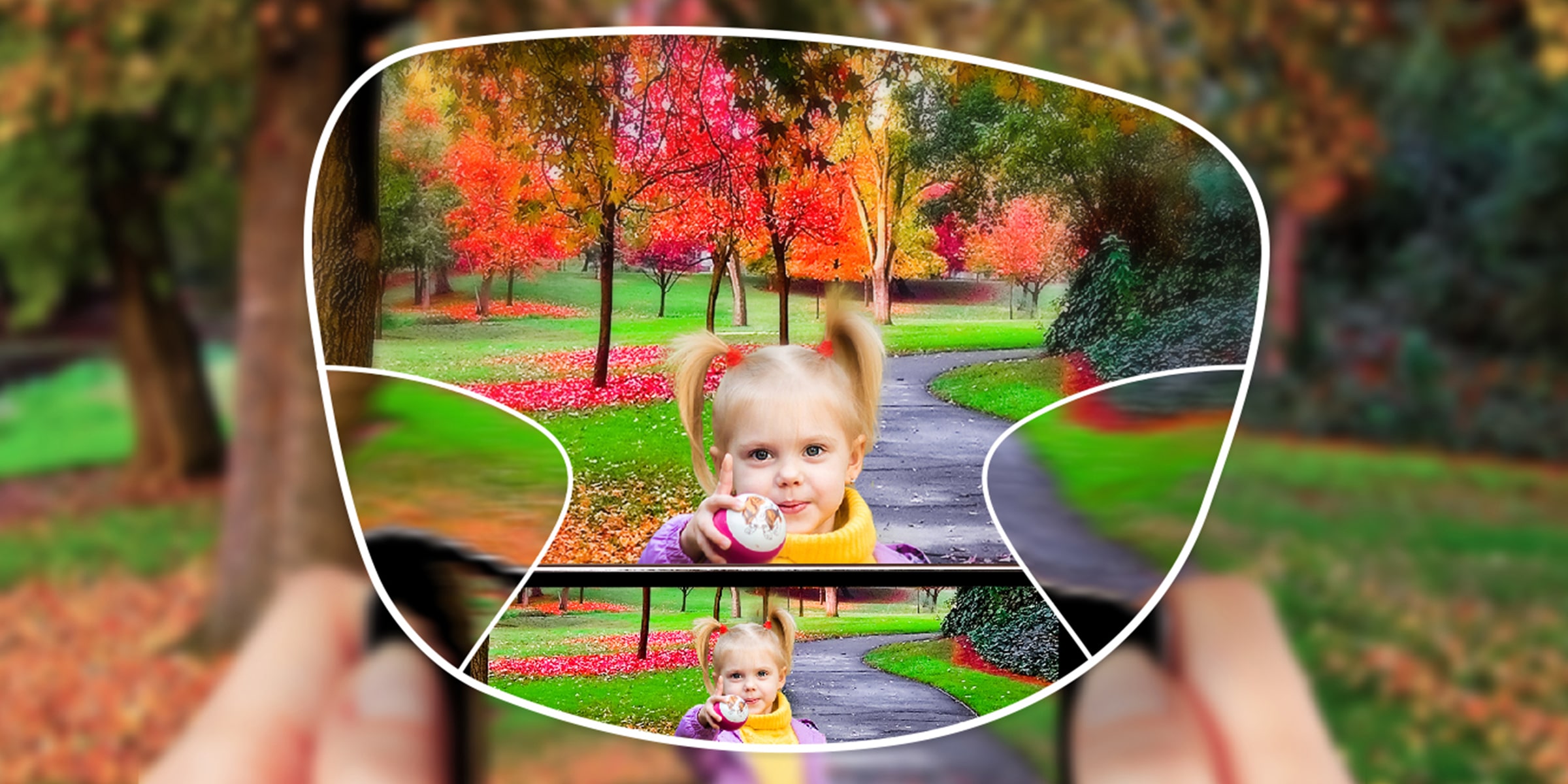 Our premium KODAK Easy2 Max Lens offers a superior performance when compared to other varifocal options. The lens offers increased clarity and reduced distortion in the lens peripheral areas, making it an easily adaptable lens.

Using a series of optical calculations that consider modern-day frame wearing conditions, the lenses offer better clarity at far, intermediate and near distances. The lenses are well recommended for all varifocal wearers.

The main advantage of varifocal lenses is that they allow the wearer to see at all distances with the same pair of glasses. For the majority of people they are the most convenient way to resolve the problem of needing different corrections for long distance, intermediate, and near. Once the glasses are on there’s no need to take them off, carry more than one pair of glasses around or swap between pairs.

However, for some people the blurring of images in the periphery of the lens, the limited field of vision for middle and near distances, and the head movements that they have to make to see through the correct parts of the lens for different distances are difficult. Adapting to varifocal lenses can take a little while for many new wearers, but most adapt to them after several days. 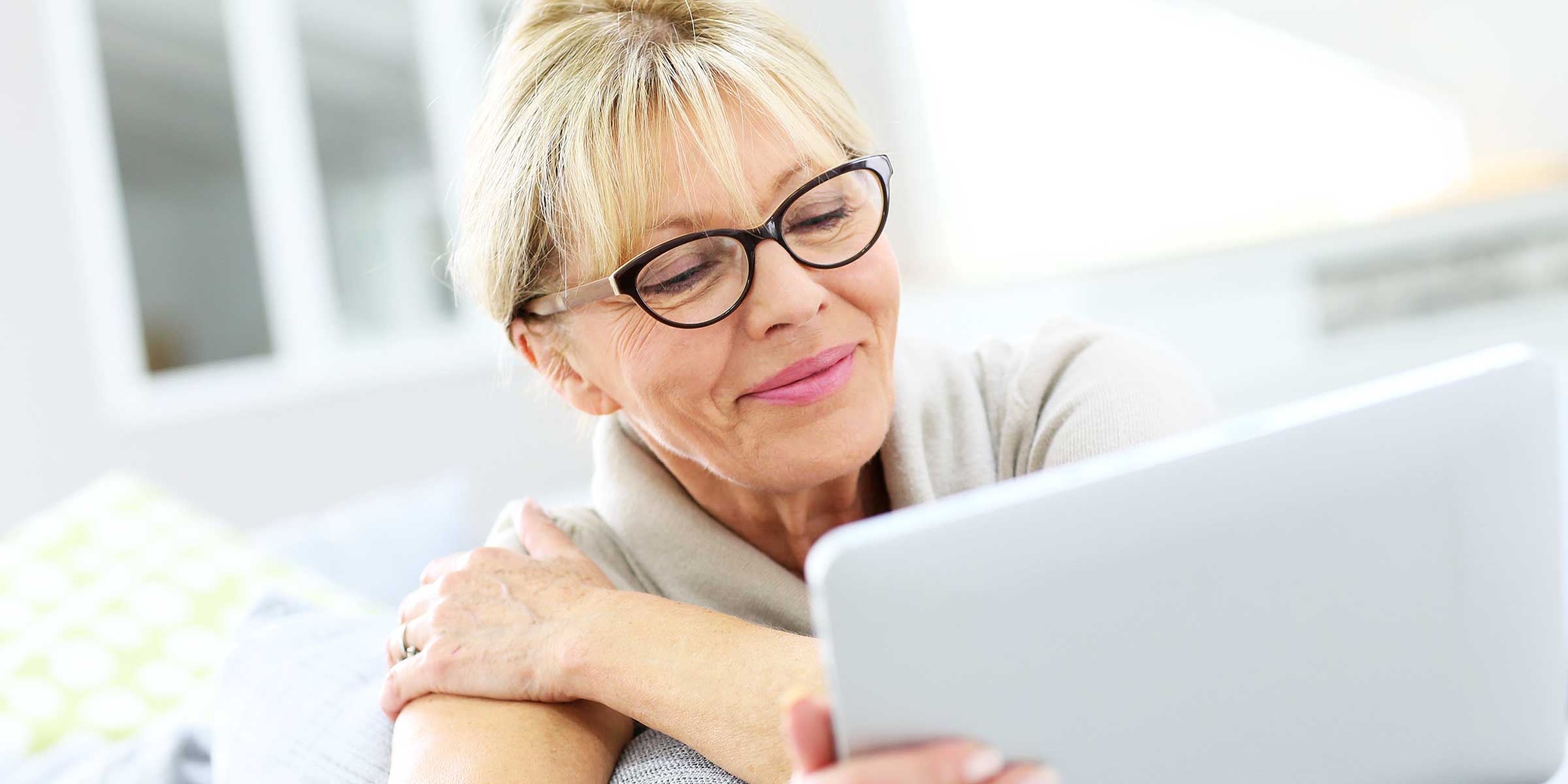 If you are getting varifocal lenses for the first time

Here are some things to be aware of when wearing varifocals for the first time: 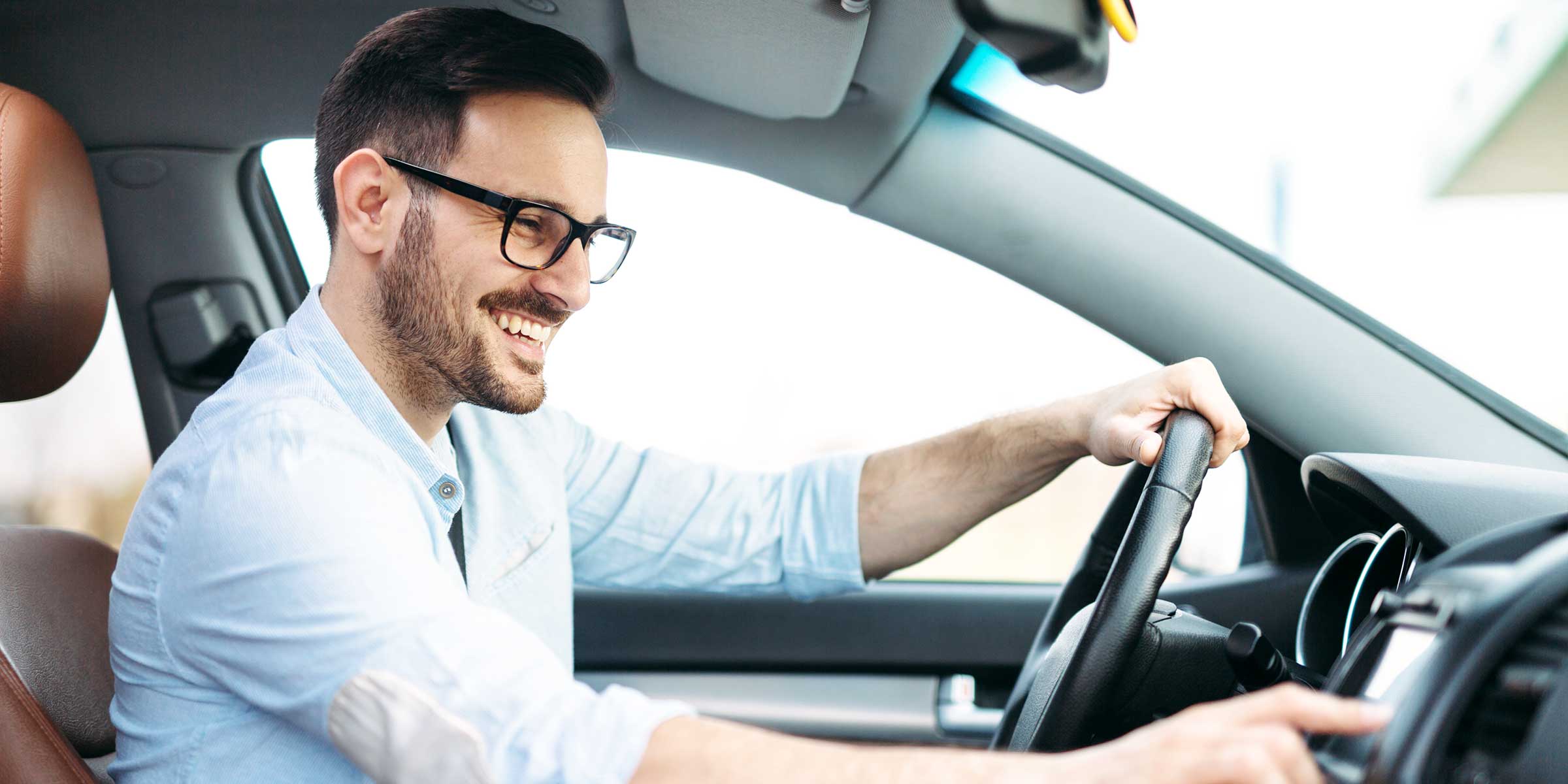 If you have worn varifocal lenses before

If you have worn varifocal lenses before, you should know what to expect and how to use the lenses. However, there are many suppliers of varifocal lenses and the exact design we use may differ a little from what you currently wear. As a result, there may be a settling-in period as you adjust to your new lenses. If your prescription has changed, this may also take some time to adjust to.

Be careful of stairs, kerbs, and other objects at your feet while you adjust to your new varifocals, and make sure you are comfortable wearing them indoors before you drive in them.

If you have any questions, our dispensing opticians will be happy to answer them.

Bifocal lenses are ideal for wearers who spend a lot of time viewing two separate distances. They are made up of two parts, usually with a main lens for long distances and a smaller segment at the bottom of the lens for reading.Varifocal lenses are more complex and are ideal for people who need to see clearly over multiple distances. The lens power is optimised for long distance at the top, and increases in magnification towards the bottom of the lens, which is used for reading. There will be a point on the lens that is useful to see at all distances.

The best varifocal lenses are the ones that provide the widest possible field of vision at all distances and the smoothest progression from long distance to reading. Generally, the more expensive options in a suppliers’ range offer the most quality.

All of our varifocals use a modern ‘freeform’ lens design which provides an excellent field of vision, meaning even our cheapest varifocal lens option is the equivalent of a mid-range option from a high-street optician. This is just one of the advantages of buying varifocals online with Glasses Direct.

Most first-time wearers get used to varifocals in 2-3 days of continuous wear. It’s important to wear them as much as possible when you first receive them, even if they feel a little strange at first. Getting used to varifocals is a new skill and first-time wearers have to learn how the lenses work as well as the head movements needed to see sharply at different distances.

Once we get to the age of around 40 our eyes start to lose their ability to focus clearly on near objects, and this is the time that most people realise the benefit of having additional magnification for reading. Reading glasses are an option in this instance, but they’ll only help for reading at about 40-50cms, and objects at a long distance will still appear blurry. This is why varifocal lenses are the best option, because they enable the wearer to see clearly at all distances using just one pair of glasses.

Go back to menu